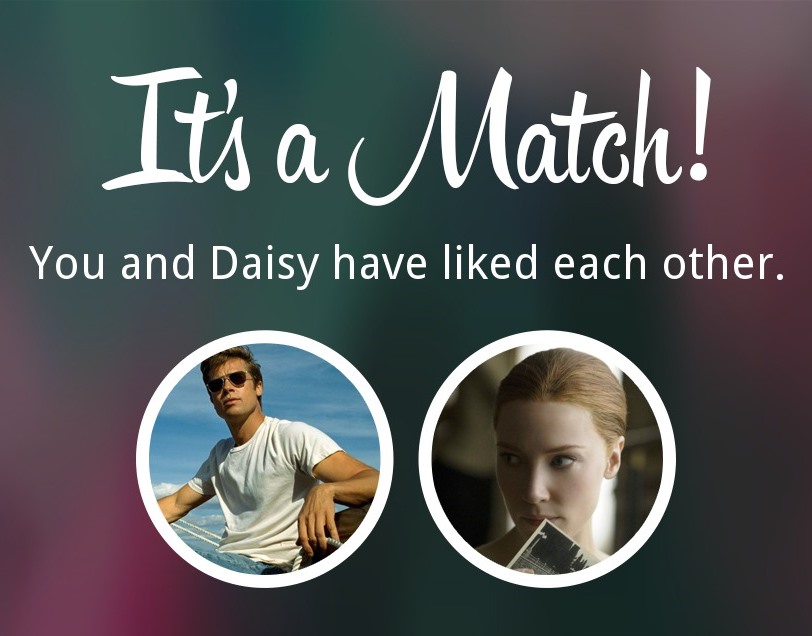 The events, characters and firms depicted in the wordplay are fictitious. Any similarity to actual persons, living or dead, or to actual firms, is definitely not coincidental. Any similarity to any character of Brad Pitt and Cate Blanchett starrer movie The Curious Case of Benjamin Button is fully intentional and if you have not watched the movie yet (shame, shame) please do!

“Why can’t I get a match?”
“I put a picture with my 10,000 kilograms weighing gold chain, and Mercedes. Why am I not getting any matches?”
“My gym selfies don’t seem to be working, Mr Tinderati!”
“When will being sapiosexual be enough? Also, what does sapiosexual mean?”

After solving a lot of Tinder issues along similar lines on Quora and getting more than 5 lakh upvotes, Mr Twitterati’s cousin Mr Tinderati decided to share a story to explain the importance of a Tinder Bio.

He said, “In India, in a large number, men find the Tinder bio to be a waste of time. With no sense of selfie and over-brimming dog filters, the bio is the one stop shop for all of your judging needs. Every day, I see around 7 out of 10 men uninstalling Tinder because they do not get matches. And 4 out of 10 women doing the same, for not finding men who are good enough to flirt or to save themselves from the epidemic of men asking for ‘bob and vagena pix’ despite Tinder not having a share image feature.

So, it was a fresh breath of air for Daisy Fuller—who had come to India to learn classical Indian dance form, Kathak—when she came across Benjamin Button’s profile, who was unbelievably handsome and had a well-written bio. For a second she was reluctant to swipe right because, you see, fake profiles and cybercrime are on a rise. But after seeing Queenie as a mutual friend, and Grandma Fuller too (very weird), she mustered up the courage to swipe this lethal species of human being right.

And guess what? Yes, they were a match! Okay, maybe this wasn’t that tough a nut to crack after all.

Benjamin came off as the perfect guy. He had all 5 pictures rather than just the main display picture. Instead of a dog filter, he had a picture with an almost blind dog. In the third picture, he was seen pining over caviar and vodka in another. A picture with a bunch of men on a tugboat. A rather classy picture on a motorcycle (wearing a helmet!). And lastly, a picture at an old age nursing home. Daisy was already gushing over him, as she waited for him to text first. Classic, I know. Three days had passed by and the tinder kept on showing its unfunny one-liners in that empty chat.

Day One: ‘Hi’ isn’t memorable.
Day Two: YOSO: You Only Swipe Once (this one she found particularly cringe-worthy)
Day Three: Why haven’t you said hello? (she felt a little more frustrated, as though Tinder was deliberately poking her patience)
Day Four: Let’s see who messages first, and wins.

It seems like the day four mockery is what she needed to break her first move virginity, as she sent a part casual, part bubbly ‘hey, you.” with a period so as not to come off as too enthusiastic. She found it rather unusual, this need for a Tinder guy to talk to her. She is usually the one fanning men away. But this guy, she could not put a finger on why she sought his attention. ‘Was it the almost blind dog?’ she wondered. She settled, that it couldn’t be the reason as she wasn’t that sentimental.  And her spiral of overthinking was broken by the distinctive notification tone of Tinder that said “Benjamin sent you a message”

Man, was that woman ecstatic? The 20 minutes wait for the BRTS seemed nothing anymore.

The exclamation flushed Daisy’s cheek as red as her hair. She knew she was reading too much into it, but “a momentarily lapse of logic was allowed,” she explained to herself in her head.

On the other hand, Benjamin knew the ball was in his court since day one. He was doing all that the Google link had asked him to. “I couldn’t possibly screw up this time” he triumphantly thought to himself. I, personally, find it amusing that people have this blind trust on Google. As if anything that Google seems to present in those 0.39 seconds is a full proof pathway to success.

Anyway, they started the customary way, with the uncomfortable “What’s up?” and rocketed their way to “Let’s play a rapid fire round, I’ll ask you a few questions and you need to answer quickly” to the ultimate question “Vanilla or Kinky?”

After two weeks of this coquettish banter and temporary want to hook up, they decided to use the sad excuse of “Isn’t tinder very slow?” to exchange numbers. It felt like Tinder was holding them down, as after moving out of the T jurisdiction, they went berserk. Messaging and snapping on every chat platform available, be it WhatsApp, Kik, Facebook Messenger, Instagram, Snapchat, Google Hangout and even Hike!

A couple of half-naked snaps, lots of cutesy emojis and innumerable “glad to have met you” later, Benjamin asked her the question, “What made you swipe right?”

Daisy freaked the fuck out. Now the problem here is, that saying ‘because you were good looking’ comes off as shallow which she couldn’t afford to be seen as, especially after disdaining all her friends in Paris for that. Yes, she was a bit of a hypocrite, but it is still okay in the world of Tinder. Unfortunately, Benjamin and Daisy had surpassed that world. And as if the Gods had listened to her prayers, it clicked, she had read the bio. He had a bio. She had swiped right because of his bio (as well).

She quickly opened her Tinder, that now was adorned by cobwebs, and typed B-E-N hastily, and there it was. In all its glory.

And that’s it, she smugly typed “because I was looking for something complicated, Benjamin.”

Benjamin couldn’t contain himself. With a red heart as big as his penis when he was 14, he sent
“Goodnight, Daisy.”
“Goodnight, Benjamin” sent she coyly.

Perplexed, we asked, “What, but why?”
Mr Tinderati shrugged and hissed, “As important and wonderous a Tinder bio is, it does not change things. Benjamin was adamant that nothing lasts forever.”

After seeing how confused we still were he irritatedly said, “He was too childish for her.”
And then the reason behind the pun made sense.

Meh, it is the 21st century, maybe they’ll get a tinder plus subscription, who knows.

Maybe some things don’t change after all, but you can change one thing today. Go update your Tinder account and add a well thought non-corny bio because you can and you should. Your life, anyway, can’t possibly be as inverted and complicated as Ben’s.

Abha tries to survive days with fried food with cheese. You'll find her bossing around or in a corner trying to make sense of all the words that come not so naturally to her. Be it taking naps in the afternoon or a free pizza, she is ready for both all the time. If you like what she writes, feel free to gift her jhhumkas over peach iced tea.